Did you know that in some parts of Africa, female children are not allowed to inherit properties from their fathers. For some, all properties go to only the first son who then shares it to his other siblings however he pleases. All these quarrels must and usually end in fights and tears. If So, write your will. The same can be said however of those closer to the M25 and British Isles but for different reasons.

What the elders once said to their youth on home soil; now their children’s children born abroad are saying to their parents: ‘Staying at home is better’. As I have seen with the children of many 1st generation Africans in Belgium, Spain, Portugal and elsewhere in Europe and even South Africa; who are now old enough to make their own decisions, marry, settle and have children in the aforementioned countries, an inevitable and often difficult conversation arises with their parents.

Inheritance-related laws vary considerably around the world. As one advances in age; you hear of stories of those born and raised in the UK to African parents, who have later have children and are no longer interested (for one reason or another) in inheriting the minimal or extensive property portfolio their parents have built back home. I know of a story of a friend (alongside her siblings) who were in the same position some years back washing their hands of any interest in inheriting their father’s properties in Nigeria and gladly left it to it for the cousins and various self-appointed ‘next-of-kins’ to battle it out via legal and traditional processes. It turns out the Lawyers involved in the case also put their hat in the ring (a secret yet common practice in Nigeria apparently); and the same friend would later suffer mountains of abusive messages and phone calls from her dad’s relatives on her handling of the situation.

“It is not because they deserve it, it is just because greedy people are who they are – greedy people. Even when they are already rich and they have siblings who are struggling financially, they will still try to lay claims to all the properties. We live in a money-obsessed culture in Nigeria.”

Here in the UK; I’ve seen many an article on the number of Black British or African Americans ‘returning Home’. YouTubers also dominate this category including EfikZara; Fola Fash (UK); Hadiza Okoya Alao-Akala (UK); Glam by Merry amongst others. The reverse however is more common. Unfortunately the majority (myself included) either do not or seriously question whether we can both inherit and/or repatriate en L’Afrique. Included in these categories are the multitudes of aunties and uncles we once upon a time remembered hearing from their mouths how they’ll book a one way ticket once the children are grown; or have moved out the house, married and/or have ‘settled’. Some will recall their own parents saying that.

What the parents have forgotten however; is that ‘home’ is not the same ‘home’ they ran away from many years ago.  And I know elders who fulfilled that wish and made the move once the children fulfilled their parents interpretation of having ‘made it’ and ‘permitted them that the time is right’ to return; only to later ‘re-return’ to UK after seeing that ‘home is hard’ and different from the childhood memories of it. My mother also (based in the UK) like many have re-aligned their once positive ‘return-home centric’ proverbs to a sense of ‘I don’t know at the moment’. And that is fine. Young people are allowed to change their minds; elders are too.

“Red alert. Someone who is from a family that’s part and parcel of the rots in Nigeria and likely benefit from it isn’t qualified to come advice 99.9% of Nigerians in diaspora how to transition from living in London to living in Lagos. Their parents go hide them in Oyinbo land and when the time is ripe, will bring them back to come continue where the parents stop. Forget the story. I just have to leave it here cause i do not want to abuse you.”

Source: Comment by ‘Ade of Lagos’ (2017) in How I transitioned from Lagos from London, UK

Is it OK to not be interested in inheriting the property/ies of one’s parents back home?

Why not; the key thing is to endeavour to have these conversations before our parents pass. God willing one doesn’t pass away before their parents of course; many have no problems with allowing parental siblings back home to inherit. A combination of believing ‘home’ is where one lays their head ahead of ‘home’ being where one is from; seeing our children grow and call UK (or western) lands home; complex or dangerous experiences of the motherland and no longer knowing anyone to a significant value leaves the option a viable one.

The Afrocentric opinionists will vehemently disagree and state that a Black can never be British. The key thing here however is to define what to ‘be British’ means. A discretely hidden but growing viewpoint within young BAME UK populations is to inherit and continue grievances (often taken from childhood views from parents, aunties/uncles, influencers and artists) about transnationalism, mixed identities and racisms from subcultures yet remain silent or at least keep discussions about the struggles of being accepted by our own when back home to ‘behind close doors’.

For every book titled ‘Why I’m no longer speaking to white people about race‘ there will always be a ‘The Legacy of Arab Islam in Africa; a quest for inter-religious dialogue‘. The former speaks about (dare I say) the preferential observations of grievances we suffer from ‘others’ that we prefer talking about; the latter speaks about the controversial (and often greater’ grievances from ‘others’ we don’t want to talk about. And in relation to inheriting property; we need to talk about it. Joyful discussions about reminiscing and enjoying experiences in the motherland and wanting to continue parental legacies in Africa must be balanced by respectable conversations and understandings about children born and raised elsewhere who don’t. Honest conversations between children and their parents about their wills however go a long way.

What you should I do if I have a relative or parent who has died and leaves money in the bank, landed properties or personal belongings and I want to be involved in taking over or managing these asset?

Try and maintain in any way shape or form maintain some form of consistent communication with them. It is worth mentioning the common fact that the law differs from country to country. In some parts of Nigeria, female children are not allowed to inherit properties from their fathers; whether they are based in Nigeria or abroad. For some, all properties go to only the first son who then shares it to his other siblings however he pleases. If based abroad; in most African states the estate of the deceased is usually vested in the Chief Judge of the State. 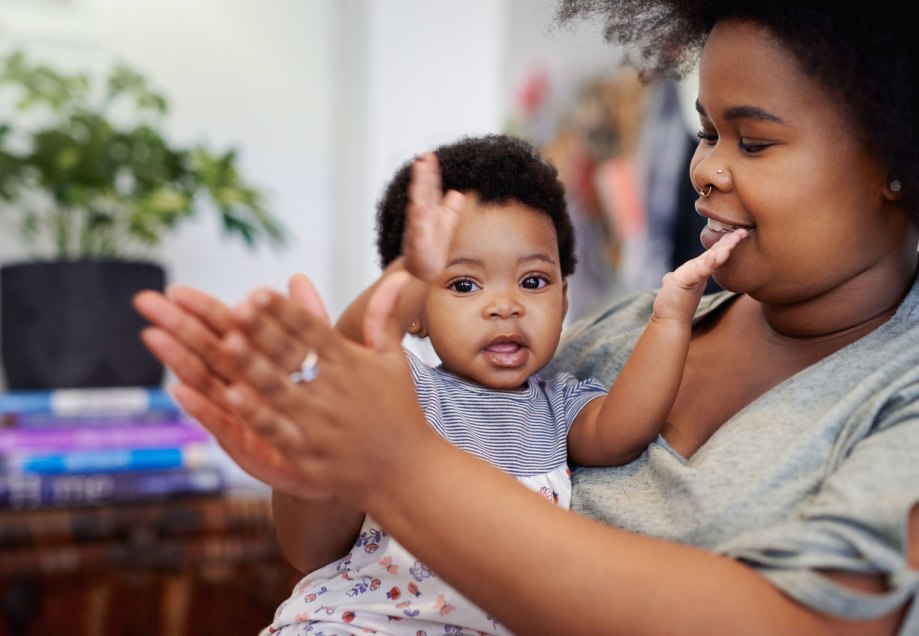 Before you can take over or assume control over the estate of someone who has died, you have to first obtain the letter of administration from the Probate Court to become the administrator of the deceased’s estate. Without being appointed the administrator, meddling with the estate of the Deceased is illegal and you may face civil and criminal liabilities. Nigeria, Tanzania, Kenya and others; this process usually takes 14 – 21 days but can be obtained earlier depending on whether the deceased died intestate (i.e. without leaving a valid Will); or not. 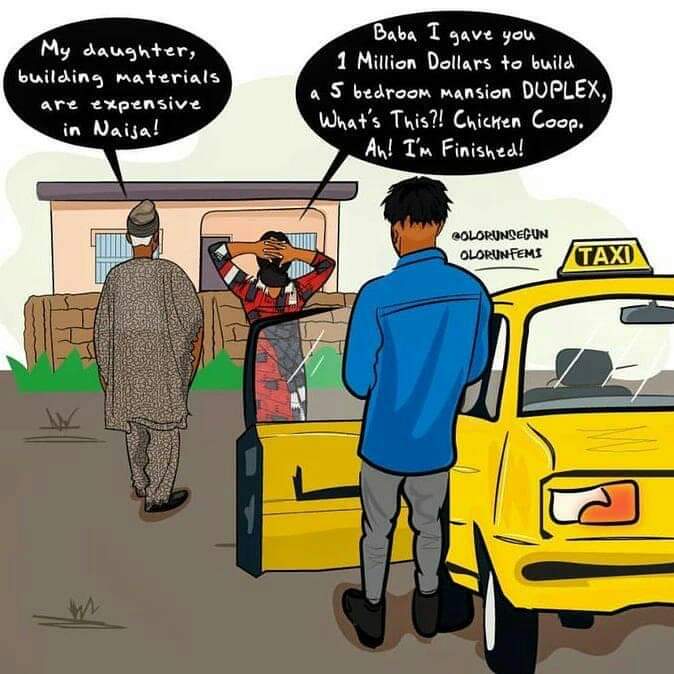 In the absence of a Will, a deceased person’s property will be shared according to customary law. Most customary laws are archaic. Some customs do not allow properties to be given to female children and wives of the deceased. To circumvent these harsh and backward customs, it is for the necessary to make a Will yourself or at least thoroughly witness, countersign and have photocopies of these wills from your loved ones. Obtaining the Letter of Administration is, however, a very rigorous process and fraught with procedural and technical complexities. It is important you seek legal guidance and help from a Solicitor who will assist you to apply and obtain the letter with ease, devoid of the problems and frustration associated with that process.

“I have cousins who have in the last 27 years totally sold EVERYTHING they inherited from their dad. They didn’t fight one another. They simply sold assets bit by bit, egged on by their mom.The money was shared among the 7 children and their mom. Not a dime put to productive use. None of them could manage any of their late dad’s companies.” KKay

It is a bizarre yet sad common occurrence in East Africa for some women to learn of their husband’s co-wife in their husband’s obituary; in the same way; is is also not a good thing for our parents to learn of the ‘non-desires’ of their children to inherit their properties. The decency to at least make them aware when alive is imperative. For the pain of having to re-reject after their departure with squabbling relatives back home can  be chronic. There is also plenty of research and literature and even proverbs to suggest this also is not new phenomenon; MALI YA URITHI HAINA BARAKA (Swahili) means ‘Inherited wealth has no blessing’. AGBOJULOGUN FI ARA ARE FOSI TA (Yoruba) means ‘He who places his hopes on inheritance delivers himself to destitution’. DONN SA TABAXUB BAAY, DONN NGEREMAM A KO GEN (Wolof); means ‘It is better to inherit the gratitude of your father than his building.’ HANKURI’N WUYA SAI NAKA (Hausa) means ‘Only your own people will be patient under hard work’ (For he works for himself). The Lingala proverb reads: Those who inherit fortunes are frequently more of a problem than those who made them. The list goes on. It is important to remember to plan unity within the family from the onset; have that discussion and get your folks to write their will and also (in healthy way) prepare for their worst in terms of outcomes and reactions so as to not be surprised. ‘The prudent sees danger and hides himself, but the simple go on and suffer for it.’ (Proverbs 22.3)