This write up is based upon true accounts and stories of Foreign Students currently in the UK and those who have returned home. If you are a student from a non-EEA (non European state) seeking to study in the UK (especially if you’re from a Commonwealth Country); then please do bear in mind some of the points raised in this article before making your decision. Alternatively; you can view Human Rights Activist Peter Tatchell’s Letter of Advice to Commonwealth Students  or view Natalie Bennet’s (Former Leader of the Green Party UK) article ‘How Overseas Students have been defrauded by the British Government‘ for further confirmation (#JustSaying)

After gaining many queries and requests from prospective non-EEA students studying or looking to study in Britain; a growing number of onlookers are finally beginning to see how the UK can be interpreted as ‘guilty’ of trafficking International students. HR departments from various universities tour many countries across the far east and Africa and Caribbean (a trade that was at it’s peak 10-15 years ago) promising and decreeing to many students of the value of British degrees and the support and comfort they will receive upon arrival. And indeed; upon arrival – the smiles and handshakes Foreign Students receive from various student reps groups at Freshers Fayres gradually turn to frowns as many suddenly become pressured to constantly justify how they are not coming to the UK to settle and claim benefits – they are coming because they want skills.

Before 2010, an international student studying within a higher education institution in the UK meant he or she was receiving a valuable qualification and work placement experience that was regarded then as ‘education’. In 2010, Theresa May; the then ‘Home Secretary’ said it wasn’t education – it was now ‘work’. This meant a student visa system that was riddled with sophisticated fraud and abuse was thus created. And this creation has been a silent killer and rich source of frustration to many international students who after paying tens of thousands of pounds a year to study in the UK – were told overnight they had to pay more money to secure work placements and that these work placements were no longer guaranteed or seen as education but as ‘work’. The responsibilities for our foreign students to find work thus shifted from universities to the students themselves and sponsored employers.

Many of these courses which last five years, six years and some 10 years included vital components of work experience – these students studying these courses were told overnight that work placement was employment and not education. They changed the rules in visas to make it impossible for international students to get access to a visa which allows you to be able to get a placement. It was the role of students post-2010 to get a placement.

That which happened then is happening right now underneath our noses. Universities are denying human rights to students by making false claims that a legitimate part of their education process is not studies. Students from universities are being deported without coverage or media attention. And from the eyes and experiences of many foreign students currently studying Britain that I have discussed with; universities do this to maintain profits and exaggerate migration stats (the fact that the UK includes foreign students yet to graduate in their data stats is quite simply laughable). In fact; so well known and established is the fact that the British Univeristy is a ‘business’ that the British media are now comfortable in reporting how higher education institutions will ‘lose billions’ a year as staff are worried by the government’s current stance and immigration rhetoric. Foreign students are no longer seen as global citizens paying for a valuable British education; they are rather seen as a currency and commodity needed to preserve the financial upkeep of rising university costs. The total UK education exports were estimated to be £20.2bn in 2013, making education the fifth largest services export sector in the UK, ahead of both insurance services and computer and information services according to ExEdUK. 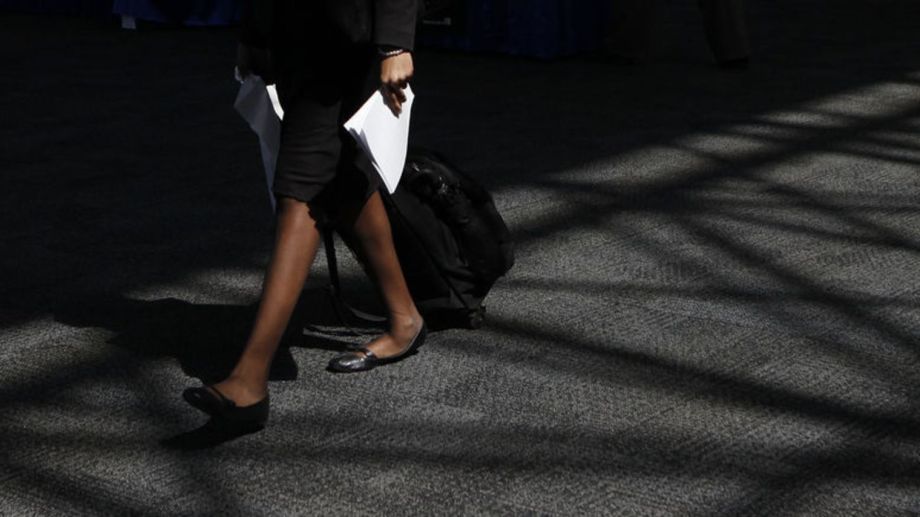 Many non–EAA students in the UK are saying: ‘We want work placements to finish our studies’. This especially applies to STEM students; those studying Science, Technology, Engineering and Mathematics. There are literally no organisations in the UK fighting for the rights of international students to complete their degrees – (only two that I can think of) and they are being shut down and shut out by practically all UK universities as these institutions do not in any way shape or form want external organisations to investigate the way how they treat international students – EDUCATING BEYOND BORDERS leading the way. For those that do not know – there is a nation-wide epidemic of international students who do not complete their UK degrees despite spending tens of thousands of pounds and entering the UK legally; more about this can be found here: Dilemmas International Students Face in the UK 2016. Whilst foreign students are saying: ‘We want work placements to finish our studies’; the British government in compliance with the media want us the audience to believe foreign students are saying: ‘We want to work in the UK after our studies are finished’.

Views and thoughts of others:

According to Educating Beyond Borders, most HE international students choose vocational based qualifications, enrolling for courses which require “practical” skill based training within industries and professions for which they are studying to later work in. Vocational HR courses comprise skills based training required for trades and highly-skilled professions such as engineering and architecture and so such training is an essential part of their education. However, due to work restrictions affecting international students, STEM students cannot undertake this training. Without such crucial training, their studies are essentially incomplete. (Source: Voice of Salam)

It is clear that the problem of the casualisation of the workforce is not caused by a lack of money in universities but rather what is prioritised when they become a marketplace. Institutions across the country are spending millions investing in buildings, facilities and eye-wateringly expensive halls of residence. The ever-increasing pay of vice-chancellors is also testament to the money that is actually available. (Source: Kehinde Andrews, The Guardian)

If that trend continues, it’s not only foreign students who would feel the repercussions: Many British universities rely on international fees to fund research and generous bursary and access schemes for the most disadvantaged U.K. students. Britain also risks attracting less foreign investment in the longer term, since international students are 15 percent more likely to invest in the country after they graduate than if they had not studied in Britain. (Source: Politico)

A lot of young people are sold down the river by the promise that university will be a guarantee of a well-paid job. This is simply not true and many students only realise this once the rose-tinted glasses of adolescence have been crushed by graduate prospects. Many students lack interest in their degree and can’t wait for it to finish. 8.2 per cent of students drop out before finishing their course. This is likely as a result of the ill-prepared decision to jump onto the university bandwagon… this has made courses cash-cows for university funding. (Source: Luke Williams, Mancunion)

Here are Five Common Questions International Students face when studying in the UK:

1) If a College or University loses it’s border license during my studies; am I forced to leave halfway during my course and am I re-inbursed the thousands of pounds i’ve paid?

3) What happens when the Home Office makes an adverse decision which prevents me from completing my studies?

4) Why do many universities fail to deliver the compulsory #internships UK International Students need to finish the very expensive courses they pay hundreds of thousands for?

5)  Why do the many Foreign students feel these universities won’t do all they can to ensure that they finish and why is my embassy, High Commission and government very slow to or unwilling to help?

Here are Five Solutions that wouldn’t resolve but greatly help International Students studying in the UK: 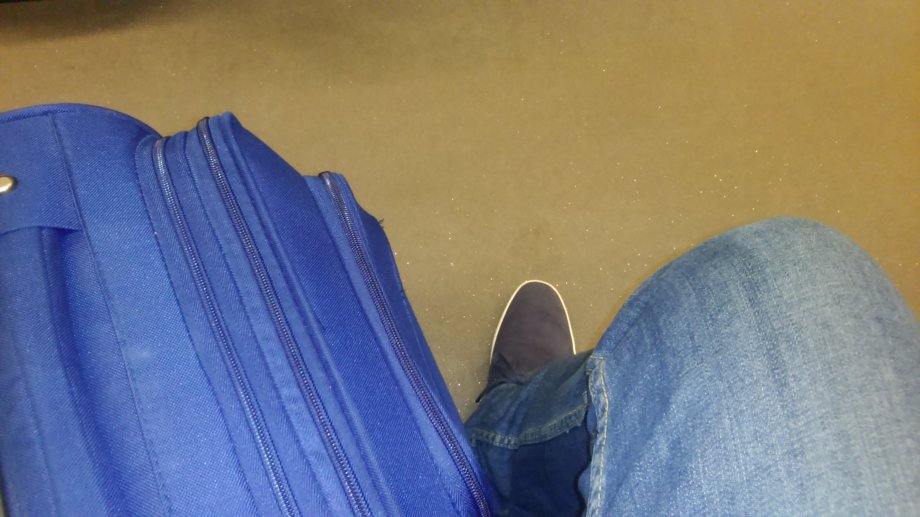 1) Universities need to admit work placement is education; this in turn can be used as a greater incentive to lobby the government to change existing visa requirements for Foreign Students

2) The student visa system should be  reformed to improve opportunities for post-study work and internships, and to allow students to move more easily between institutions on the same visa, for example between an independent college and a university.

3) Employers also need to say that placements is education; there needs to be an objective impartial system in place where an independent third party ensures that students are being educated on their placements according to best industry practice.

4) If Universities want International Students today 4 times more for their studies; there needs to be access to these placements and governments, embassies and diplomatic organisations from India, Nigeria, Ghana, South East Asian, Latin American and African countries need to do more to lobby and hold British universities and government responsible for student placement experience.

5) Employers are creating their own employer led graduate programmes where there is no monitoring of the way that the student is being trained and so the student is being trained in the way that THAT business wants he or she to work; this isn’t fundamentally a problem but there needs to be an independent institution backed by sending organisations and non-EEA governments that protects the rights of these students studying in Europe.

If you are or know any international students in the UK who are struggling due to some of the above questions; please do get in touch with us via email at: africancultureblog@gmail.com for assistance and visit Educating Beyond Borders.

To Stay in touch with our world; feel free to comment below or contact us below via:

*** Whether it’s information on the Best 50+ African Tailors, Fashion Designers & Seamstresses;  Ghanaian Restaurants; African Wedding Photographers; Nigerian Restaurants and Food Pop-ups; Black British Cake Bakers, African Catering Companies in London. Or info on African migrants living in Bucharest, Valencia, Athens. Or Info on London’s Diverse and rather unknown African Communities of Nigeriens, Ivorians, Malians, Gabonese, Congolese, Angolans, Somali, Ghanaians, South Sudanese and more. Or info about some of the dilemmas of International Students in the UK and even organisations that aid UK-based African International Students; we have it here on AfricanCultureBlog. Fresh local content on the UK and London’s Diverse African Community is available on this blog. ***