There is a serious problem in the UK surrounding the treatment of higher education institutions of International Students. Before this post sounds like another victimisation piece of ill-treatment towards Africans in the country; many African migrants and Black British students and graduates will gladly tell you that the main racism that exists in the UK is institutional. If you’re an International Student however; the feeling can be the same or worse.

One of the things that blends many African students upon arrival to the UK are it’s student groups at University. Mauritian, Kenyans, Nigerians, Ghanaians can all gather within respective societies at universities in London and the UK. Guineans, Congolese and Mauritians too.

Overseas students in Britain often encounter various problems. Including, they pay tens of thousands of pounds (sterling) but are being forced to leave the UK with an incomplete degree. Since 2010, the policies forcing international students to leave Britain without completing their degrees have not been revised. But this is now changing as the voice and plight of unfairly treated international students is gaining momentum.

“When I graduated from a UK university in 2007 and others before me in 2008, you automatically got 1 year stay (later increased to 2 years), so you can find work and gain some experience, irrespective of the salary. After those 2 years, you could then extend your visa on the points based system if your salary was up to £28.000 per annum. However, this government scrapped all those opportunities so that they can meet immigration targets, as they cannot cut or control EU migration numbers. So the immigration policies are getting harsher and harsher against non-EU members. After paying thousands of pounds to study, students from Nigeria, China, etc, do not get a chance to gain one year experience under such tough policies, which is unfair as we put in so much into the UK economy, but we are being sacrificed for low skilled migrant workers from the EU.” (Lala, BellaNaija 2016)

Universities in the UK (many of them now) have well paid human resource commission earning managers and international ambassadors that travel various African campuses and colleges throughout the year speaking at postgraduate events meeting and greeting our young Nigerians and Ugandans and Kenyans and Ghanaians. Promises and stories of  how wonderful their university is and how well treated international students are in the UK and how much support they have whilst studying ‘abroad’.

The reality is; many back home and here in the UK are unaware of the trials International Students face. Food, clothing and credibility are some of the things our people struggle with along with stereotyping. In London; many African international students are either grouped into two categories. A) The ‘stinking rich’  who can afford the Five Star Apartments, Flashy visuals and the very expensive ‘cash upfront’ international student fees they pay raises eyebrows for many home students who are used to the student loans way of living. B) The ‘I just about made it’ category. The viral Nigerian “I never experred it” video comes to mind here. These are the guys whose families, governments or even villages sacrificed so much in order for the student to study here.

Research, Personal Accounts and many blogs illustrate how many African students feel that British Universities have no empathy for the welfare of Foreign Students. The same can be said for many Indian, Malaysian, Chinese and Russian students also. Whilst there are British students at university who do not and cannot provide for themselves and rely on grassroots organisations to provide food and clothing for them; there are also many International Students paying £10,000 – £15,000 per year that are routinely and systematically being deported to the UK. There was a case of one International student from India whose village raised up vast amounts of money to come only to be detained and deported for no reason; it happens across the UK and across London.

“British Jobs are for ‘British People’ is what we hear all the time. We’re constantly being told that we’re trying to break through the back door and earn some benefits. We are all human beings. Many of us have no interest in working here; we came legally to study and will leave when graduated”

Whilst the stats may be relatively unknown; the organisations that are working and seeking legal and financial help for International Students deserve a shout out; Educating Beyond Borders is one of them. For more information surrounding student cases, how you (as an international can be supported during your stay in the UK) do get in touch with them via Twitter here.

“As Nigerians and other Africans in the UK, our entry visa says, “No recourse to public funds”. The majority of highly skilled Nigerians and indeed Africans who have come to this country in the last 10 years are not allowed to claim benefits- and rightly so. Yet, we are being sacrificed for predominantly unskilled EU migrant labour.”

Whilst Nigerians are in the Top Three of Higher Education students in the UK; it is no surprise that the numbers year after year coming to the UK are dwindling. With the US, Germany and Sweden receiving more African students each year along with news that Canada has now overtaken the UK as a popular destination for undergraduate students; it is fair to say that the UK is gradually losing it’s appeal amongst many non-EU students. And it’s not just appeal but also discrimination. The National Union of Students (NUS) announced in April 2016 it is pressuring the Government to carry out an urgent inquiry into the “shocking treatment” of international students.

On the Bright Side…

Kenya is currently second after Nigeria in providing students seeking to go through the Cambridge system of education in Sub-Saharan Africa. Data by the British Council show that over 2,300 students from Kenya sit for Cambridge examinations which are accepted by institutions of higher learning in Europe, North America, Asia and Australia.

Reality TV contestant Anthony Kofi Annan (picture above) won a place at Northumbria University in Newcastle, after triumphing in ‘The Challenge’. The 27-year-old from Ghana joined two other winners from the education show to have secured positions at UK universities in late 2015. Anthony is currently doing well at the University! Following a format similar to The BBC’s Apprentice, rivals on ‘The Challenge’ in Ghana competed against each other over three months in a range of televised tasks and interviews.

London’s base of African International students are diverse also! I’ve met students from Gabon, Niger, Namibia, Zimbabwe, Comoros, Mauritius and Mauritania. Whilst the Nigerian government’s new foreign exchange regime has affected the population of Nigerian students studying abroad, particularly in Britain; it can only mean that the student population will eventually diversify.

Hard Working Ugandan Ms. Claire Amanya Kakeeto (pictured below) isn’t a new face to many in the country. In 2001, Amanya graced newspaper headlines as the best arts student in A-level. Since then, she has never relaxed. Hard work has gotten her where she is today. She a small but very busy office on CRAA house at plot 118 Bukoto street in Kamwokya (a mixed residential and commercial suburb of Kampala). 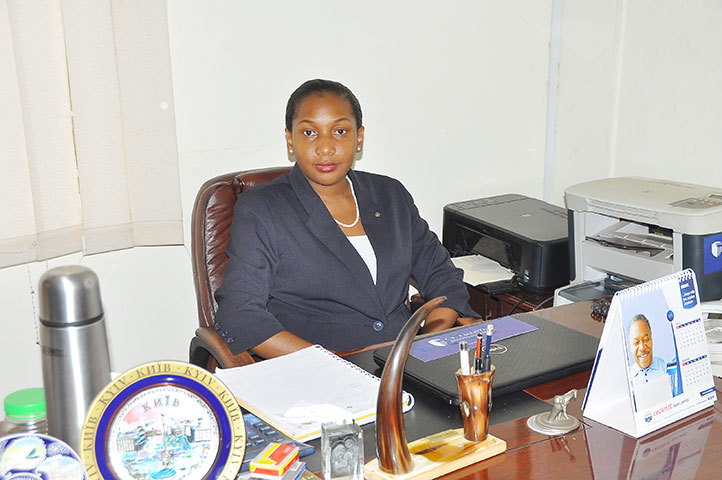 With support from her husband, Julius Kakeeto, the chief executive officer of Orient bank, she left for UK to pursue a master’s degree in Law at University College London (UCL) and attained a Grad ICSA (Institute of Chartered Secretaries and Administrators) in addition.

African students doing remarkable feats at Universities is also no unusual story.  Nigerians have been systematically breaking records and earning all manners of great feats academically for a long long time as seen by the good lady above. Long may it continue =)

*** Do you know or want to recommend other Ivorian organisations and/or Entrepreneurs in London/UK that deserve a shoutout? Feel free to comment below or contact me via: